Why Do You Give? Getting to the heart of the matter 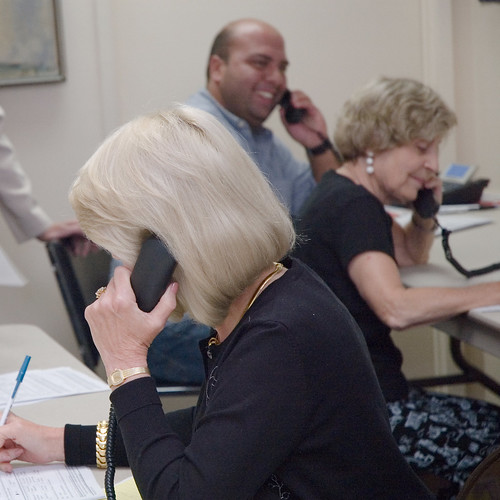 About a month ago was the largest fundraising day of the year for the Jewish Federation of Delaware, a cause that is near and dear to my heart.  I went to a phoning session to make calls and ask past supporters to increase their gifts in 2016, and found myself inspired and touched by a question the Director of Development, Wendy Berger included in the talking points she gave all of us.

First, you have to understand that for many of the people who receive calls on this day, it is the one day of the year that an actual human being talks to them about the organization.  Not an ideal situation, but for an organization with a couple of thousand constituents and only two full-time fundraisers, face-to-face conversations just can’t happen the way they might in an ideal world.   When donors pick up the phone, even if they’ve given year after year, it can begin to feel fully transactional.  The caller wants to make the ask, the person on the other end generally wants to get it over with, so will sometimes even urge the caller to stop their spiel about all the good things their donation enabled over the past year, and just send them a bill for the same amount as last year.

This year, Wendy changed things up.  She included the question, “Why do you give to the Federation?” and instead of asking it at the end of the conversation, after a few calls, I started to ask the question before I asked for the gift, to remarkable results.  By asking the people I called to consider why they had been making a donation for 5, 10, 20 years or more, almost all of them had to think for a minute about why they were giving.  For some, it was a feeling of obligation to a family tradition, for others, it was a way of paying forward some helpful thing the organization had done for them in the past, and then there were the people who give because of the person who asks them to each year.  Each time I asked someone why they give before I asked them to make their pledge for the following year, they increased their gift.

In a world where engaging in a meaningful way with donors can be challenging, especially in a non-profit with a small staff, you have to make the most of every opportunity.  Wendy’s question was great in that it elicited heartfelt emotions from the person on the other end of the line, but, at least for me, it also made the callers feel wonderful about the work they are asking people to support.  I could tell my own story about why I care about the organization, and there’s an important place for that in other types of fundraising scenarios, but asking the donors to think about why they already give is a brilliant way to remind them of what inspired their giving in the first place, simultaneously deepening the conversation, and making it much easier to ask for an increase.

Shoestring Solutions for Nonprofits is passionate about helping small nonprofits meet their mission.  All Laced Up is just a taste of how we can help you gain traction with your constituents, raise funds, and make the most impact with limited resources.  Questions?  Contact us: info@shoestringde.com

One thought on “All Laced Up – Why do you give?”